What Type of Shower Pump Do You Need?

Most people rely on an invigorating shower so that they can get the day started correctly. It's something that they feel they simply cannot do without. Yet even though it's something that is taken for granted, it was at one time seen as a luxury. The advent of the shower pump ushered in the era of the daily shower for the masses, but you still need to choose the right one for your circumstances. What options do you have?

Due to limited space in many homes, especially older ones, shower pumps became crucial because of the inadequate distance between the water tank and the shower head. Showers rely on a certain amount of gravity to work, especially if they are going to have any force behind them.

A positive head shower pump is the most basic type of pump you can have. It is fitted with a single impeller, but still requires a certain distance between the bottom of the cistern and the shower head. The force of gravity starts the impellers and pushes the water through the shower.

Conversely, a negative head shower pump doesn't rely as much on gravity and actually "sucks" the water from the storage tank through twin impellers.

With twin impeller pumps, each impeller is operated by either hot or cold water at equal flow. It's recommended in locations where the flow of water (hot or cold) is not balanced. In most urban locations, cold water is delivered at a fairly consistent pressure from the mains supply, which is going to be far stronger in terms of flow than the hot water coming from your tank. The twin impeller will balance these correctly.

You'll also need to consider whether you need a regenerative or centrifugal pump. In the latter (which is the most usual) the water flows into the pump at one angle and out of it at right angles. This enables the impellers to force the water out under pressure.

Generally speaking, centrifugal pumps will cost less and may last longer, but their regenerative counterpart may be easier for you to install.

In the regenerative version the flow of water into and out of the device is in the same direction as the rotation of the impeller. It's the action of the impeller blades within the casing that creates the energy required to transport the water.

If you're not sure which type of pump you need, contact your supplier to talk about your shower configurations. 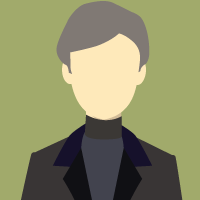 I have a great business and I'm passionate about helping it to grow. I haven't wanted to take on any debt or give any equity in the business as I don't want to lose the current control that I have over the direction of my business. That means I've been very vigilant about the cash flow and liabilities within the business so that I can internally fund all of the expansion and investments that I want to be able to do. This blog has some tips on managing cash flow for small business so that owners can fund their business from internal cash flows.